I visited Alpine Meadows Ski Resort the afternoon of March 2, 2013. 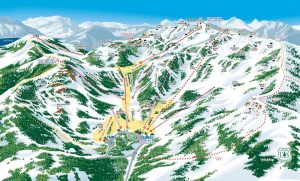 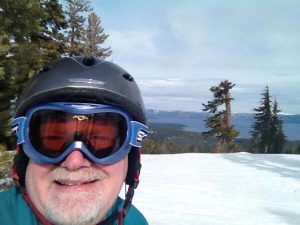 The entire mountain was open when I was there. Snow coverage was not great due to the drought. Snow was a little soft (slushy) given the time of day and season, but wasn’t that bad.

I really enjoyed the place.  Lot’s of nice runs that don’t all feed into each other.  I didn’t have to focus on defensive skiing as the trails of all different skill levels didn’t merge all into each other.

I plan to return some day.

The resort made headlines in 1982 after an early spring avalanche hit its base area in the late afternoon of March 31 and killed six.  A survivor who lost her leg after being buried inside a collapsed building for 5 days, became the head of the Mammoth Mountain Host program.  My Mom and her became friends when my Mom was part of Mammoth Mount Host program in the late 80s and 90s.