“Everybody gets so much information all day long that they lose their common sense.”  – Gertrude Stein (1874-1946)

Before 1950, project management was considered a black art, whose practitioners had only Gantt charts available to 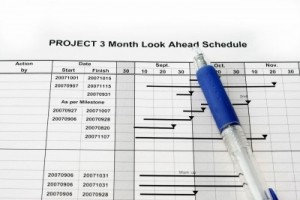 them. The late 1950s saw the introduction of many project management techniques including Critical Path Method (CPM), and Project Evaluation and Routing Technique (PERT). However, despite these tools, or perhaps because of them, project continued to fail just as often as before. So why, with all these great tools, don’t projects automatically succeed? Could it be that automation alone doesn’t solve all of the project’s problems?

The error that some Project Managers make is that the tool becomes the project. We must remember that our project management processes are a framework, not a physical law.  Don’t get me wrong; Project management systems are great tools.  When used correctly, they model the real world environment, which helps the Project Manager see problems in reaching the project goals.

I observed one project where more money and effort went into running the project than into any other activity on the project.   Naturally, the project was failing, when upper management put a new team in place.   I was part of the team brought in.  We reduced the schedule group on the project to 15% of it’s previous size.   The change in the leadership team saved the project and it was delivered on-time and on-budget.