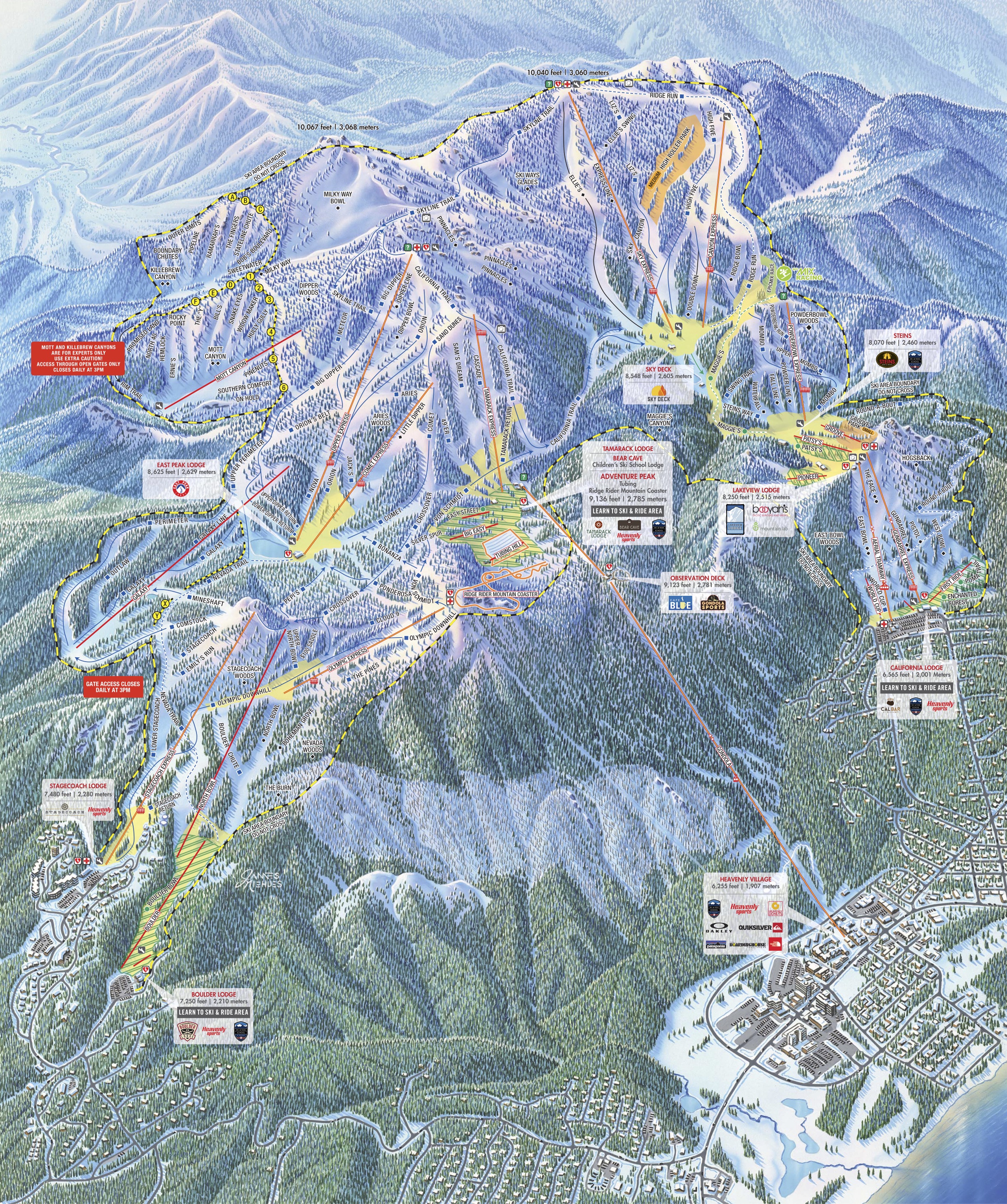 Heavenly has a base elevation ranging from 6,565 feet at California Lodge to 7,250 feet at Boulder Lodge (on the Nevada side).   Highest elevation is 10,400 feet.  Heavenly has 28 lifts of all types (including surface lifts and 9 high speed lifts) and 97 runs.  The entire mountain was open when I was there.

I took the Amtrak Berkeley to South Lake Tahoe Train/Bus connection to get here.

I stayed in Heavenly Village which put me right at the base of the Gondola that goes up to the Tamarack Lodge area.

In the 3 days I was there I was able to ski almost every run.     The back bowl’s snow coverage wasn’t that good so I skipped them.

The only criticism I had of the place is that it is hard to get from some of the lifts to the others.  Long glides on cat trails are required. However, the views of Lake Tahoe are just awesome.

Crowds were light as it was a Super Bowl weekend. Which was as I expected it to be given a Bay Area team was playing.  Never had to wait in a line or avoid other skiers on the runs.

Overall, it was a fun place to ski and I will be back.